﻿There’s No Need to Pad Your Resume 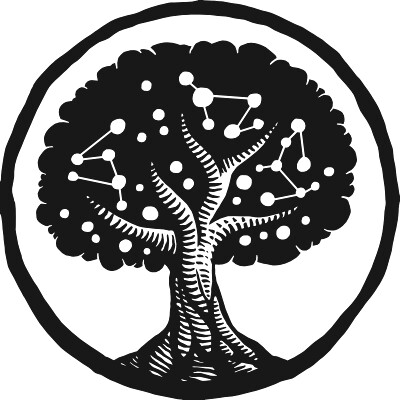 It seems like a good idea, harmless in fact. Your friends assure you that everybody does it and that employers rarely check resume facts. Going on blind faith and convinced the truth hasn’t been helpful so far, you seriously consider fabricating information on your resume. You adapt the school of thought that a little white lie never hurt anyone and lying on a resume is just that, a little white lie.
Cheating on a resume can be tempting, especially when one has been searching for a job for months or even years. However, we all know that fibbing is never a good idea, and the likelihood that you’ll be caught is extremely high. Even if your “creativity” slips through the cracks, karma has a way of catching up with you. So either way, lying gets messy.
That said, many job seekers have major hiccups in their professional life—employment gaps, lack of education and/or experience—and it is becoming increasingly difficult for most to write their own resumes without exaggerating or flat-out lying. Since resume fraud is on the rise, employers are taking much more care in verifying information, and it is becoming increasingly difficult to mislead them. The good news, however, is that lying isn’t necessary if the resume is well-written and strategically organized.
The education and experience sections of a resume are the ones most job seekers are fixed on fabricating. They are under the impression that if they lack the educational requirements or the experience described in the job description they won’t be considered a serious candidate. That, however, is a myth.
Education doesn’t top an employer’s list
Many people incorrectly believe hiring decisions are made based on the candidate’s education, and they feel compelled to stretch the truth in order to compete with their degreed counterparts. The reality is that education, though important, isn’t the driving force behind hiring decisions unless, of course, your profession requires a degree (e.g. doctors, lawyers, CPAs, etc. ).
When a candidate lacks a college degree but has a solid work history, education quickly falls down the ladder of necessary requirements. Let’s take a look at this point from an employer’s perspective.
The situation: The job description reads, “Seeking an accounts payable specialist with comprehensive experience in processing expense reports, reconciling vendor accounts, and performing bank reconciliations. Successful candidate holds an associate’s degree in accounting.”
Candidate #1: Jose has worked in accounts payable for the last five years. During his career, he has set up new policies, cross-referenced purchase orders with invoices, and interacted with vendors to resolve invoice discrepancies. His experience comes from the school of hard knocks and he doesn’t have a college education.
Candidate #2: Maria recently received a bachelor’s degree in accounting. While earning her degree she worked as a front desk clerk for a Fortune 500 company where she was in charge of filing and answering a multi-line phone system.
Who would you rather hire, Jose or Maria? Chances are that you named Jose as the clear winner because his experience supercedes Maria’s education. Jose will be able to jump into the position with little or no training because he has hands-on knowledge of best accounting practices. Maria, on the other hand, is green. The hiring organization would have to spend time, money, and resources to train her, which they most likely won’t have an interest in doing.
Show ’em what you’ve got
Employers spend most of their time scrutinizing the experience section of the resume, and unfortunately, the homespun resume rarely tells the whole story. Most resume do-it-yourselfers fear their accomplishments won’t fare well against the competition and they decide to embellish facts in an effort to attract an employer’s attention.
Again, fabricating information isn’t necessary. Most likely the experience you have garnered throughout your work history is impressive. The challenge, however, is expressing your accomplishments in a way that entices the hiring organization to give you a call.
When dealing with hiring organizations you have to connect all the dots. For each position that you are applying for, there is an average of 500 applicants so you have to make it very easy for the reader to distinguish between you and every other qualified candidate. The only way to achieve that is by writing strong resume copy.
As a job seeker you are intimately involved in your own search, so much so that it is hard to take a step back and write a resume that is marketable. You are probably your own worst critic. If you have attempted to write your own resume you know how difficult it is to write about yourself objectively.
To make the resume-writing process easier, answer the following questions:
What skill set do you bring to the table?
What are your competitive strengths?
For each position you held, list three to five achievements.
How is your company better off since you joined their team?
Have you been involved in designing and/or implementing new initiatives?
The point here is to start thinking about your career as a portrait of who you are professionally, and not just as a job. When you make that mind shift, it will be easier to put words to paper. Lying isn’t a necessary evil. The trick to obtaining the job you desire is making the most of what you have to offer.